Living in Harmony with God 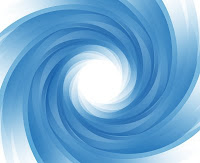 In the Christian heart there are many things that make for war. Daily it seems we are met with many a covert affection that will relentlessly tug for our hearts loyalty. The Bible refers to this as the “Flesh lusting against the Spirit,” Rom. 13:14, Gal. 5:17. In the battlefield of the mind we say we would like to be close to God and His church but we also find that apart from Him and the fellowship of the church, there are other things we also enjoy. Some are harmless but others are not so. Some will simply pull you into their vortex to the point that you are so overcome by their captive magnetism you find yourself entrapped. The “Peace of God” no longer rules and emptiness begins to ensue.
So it is with all believers. On a regular schedule we are confronted with decision making that should really be made with the salving inner peace that Christ provides in mind. When chaos rules we live on the edge—we live with unnecessary stress that takes over our lives and directs our action and attitude. The end result is a feeling of ineptness and low self-worth. This causes us to live on the defense—always battling these attacks till spiritual exhaustion sets in. But that is not what God intended for our lives and it certainly does not make for peace. The key is to never let the sway of the world to get a foothold. Those who have been there will tell you the turn-around is slow and painful in many respects. However, it is not impossible. The good news is as a child of God you are promised Peace, so if there is a promise there will also be the ability to attain it. A first step toward peace is realizing that in our fallen human condition we can do many things well, but not all things well. So what we really need is a helper; someone who can come in alongside and give us the help we need to straighten out that which is dislocated—that which places chaos in our lives. The Bible tells of such a “Helper.” It is a miraculous book that God chose to give to man as a gift. In it we are taken on a journey into God’s world, that is, His realm—a realm that we will never find or understand if we do not step into it through faith in Christ. In it we find the Christmas story when God left His throne to be born in a manger. He was then reared up in like manner as we. Through the experience of clothing Himself with flesh He is now fully able to identify with us in all our struggles. As God, I do not believe His incarnation was for His benefit, but ours—it was His greatest gift. When He, that is the Second Person of the Trinity, Jesus, reached the appointed time as an adult, He chose twelve apostles as companions in ministry. He also taught many disciples who then followed Him. These followers loved Him so much that they became very dependent upon His presence. As time passed, He revealed and taught more and more about who He was, validating His words by performing miraculous wonders and bringing healing and help to many in need. These disciples easily saw Him as the Messiah that God the Father had promised would one day come. That being said, you can easily envision why they became so enamored with his presence.

But something bothered them about Him. He said in John 7:33, “I will be with you a little longer, and then I am going to him who sent me." In effect, He was predicting His would-be death and resurrection or defeat of death. If he would have left them with the thought that He was leaving, never to be seen again, they would be crushed. He knew this, so He states again, in John 14:16-18:

"And I will ask the Father, and he will give you another Helper, to be with you forever, even the Spirit of truth, whom the world cannot receive, because it neither sees him nor knows him. You know him, for he dwells with you and will be in you. I will not leave you as orphans; I will come to you."

In the passage, Jesus reassures them that although He would be leaving and going back to Heaven He would still be with them through the abiding presence of a “Helper”—the Holy Spirit.

The tough battles we face each day within our minds and hearts can indeed be countered. Through His presence we can live on the “offensive” and therefore find the inner peace we all desire. God has given us many promises in His word. These promises are given to us as an assurance that in His love for us He also desires our peace. If we desire a Helper to come alongside of us that we can learn from and be empowered by then we will find Him when we give our hearts and lives fully into the loving hands of the Lord Jesus.

Learning to trust in Him through prayer and confession will produce in us the inner assurance that He is the One who is in control. The Bible calls this faith. It is by faith that we receive our salvation and become the child of God that He desires. The Bible says it this way,  “And without faith it is impossible to please Him, for whoever would draw near to God must believe that He exists and that He rewards those who seek Him,” Heb 11:6. In short, the Bible teaches that if we will cast all our cares upon Christ he will give us that peace, 1 Pet. 5:7, Matthew 11:28.

Won’t you take that step today?