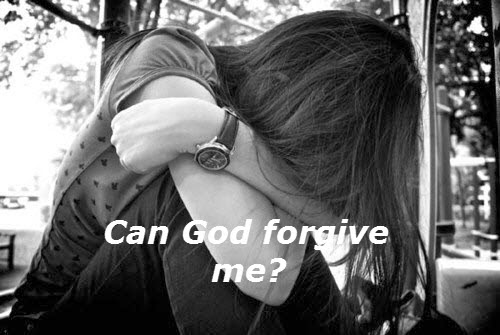 I have taught concerning the "Unpardonable Sin" Jesus spoke of on numerous occasions. Sadly, many Christians today still live in fear that they have committed it. This type of understanding gives them impetus to walk away from the church and service to God. Below I have written to demonstrate what this sin really is and to give an understanding that only those who reject Jesus' claims of Messiahship and the witness of the Holy Spirit, the One who illuminates the sin within us, can commit this end-all-beat-all of sins.

To give a better understanding I would like to use the coming Tribulation period as a foundation.

The Coming Day of Tribulation
The Bible predicts a coming day of tribulation that Jesus describes as the most horrible time on earth. So horrible is this period of time, that unless He returns to end it all flesh will destroy themselves (Mt. 24:22). But thankfully, for those left living, He does come back to end the destruction. Concerning this time, the Apostle Paul speaks of a period within it's time-frame when people will be deceived to such a point that they cannot receive salvation and eternal life in heaven.

The ones who will not be saved are:
1) Those who obviously refused the love of the truth that they may be saved (see 2 Thess. 2:10).

* Simply put these are they who have placed their love of unrighteous living above the love for the truth of the gospel.

**These are they who currently are living aloof of the gospel by allowing other things (idols) to control their lives. They are obstinate and unwilling to submit their lives to the God of Grace. These are they who know the truth but fiercely resist it as did those in the crowd who killed the deacon Stephen after he delivered his bold rebuke (Acts 7:51).

But this definition needs to be refined to define at what point Love of unrighteous living trumps the ability to be saved? I believe the answer lies in the unpardonable sin. In Matt. 12:10-13, Jesus had just healed the man with the withered hand on the Sabbath. This angered the religious leaders (see Matt. 12:22-23). He heals a demon possessed individual who was dumb and blind because of it. It was at this point the crowds are wondering if Jesus is the Messiah for He was doing the works of the Messiah ( see Isaiah 42:6-7). Immediately after the Pharisees saw the reaction of the crowds, Matt. 12:24, they accuse Jesus of casting out Demons by the power of Beelzebub (Satan). Jesus declares this to be "Blasphemy of the Holy Spirit" and "Unforgivable" (see Matt. 12:31-32).

In the historical account, Jesus had clearly portrayed Himself to be the "Anointed One," the Messiah. The people knew this was a Messianic miracle because no one ever born blind had been healed of blindness. The Blind man in John 9 exclaimed, "Since the world began it has been unheard of that anyone opened the eyes of one who was born blind. If this Man were not from God, He could do nothing" (John 9:32-33). The Pharisees make their self-damning accusation by clearly rejecting Jesus' claim and attributing His miracles to Satan by whom they believed he was in contact with. This case illustrates that the blasphemy of the Holy Spirit is a complete rejection of all claims to who Jesus is and the final nail in the coffin by rejecting the witness of the Holy Spirit. The Holy Spirit we are told will convict the world of sin, righteousness, and judgment.

John 16:9-11
“of sin, because they do not believe in Me; “of righteousness, because I go to My Father and you see Me no more; “of judgment, because the ruler of this world is judged.

It seems that rejecting Him and in turn attributing his witness to familiar spirits or Satan himself, is the final straw.

A recent and most vulgar blasphemous letter written by a Gay supporter to the Illinois Family Institute in response to the Grammy's reflects this sin. I can only link to this letter because it is so BLASPHEMOUS! Warning, you probably should not read this letter: http://illinoisfamily.org/110files/u.../Offensive.pdf

2) Those who have completely hardened their dark hearts towards Gods invitation to salvation
3) The ones who have for so long suppressed the truth in unrighteousness that they can no longer be saved - God has given them over to their sin and the delusion during the tribulation period is that state of the hardened heart.

When a person hears the gospel in its fullness, understands it, then fully rejects it they cannot be saved. It may not be immediately known that they have but God knows. "For whoever has, to him more will be given, and he will have abundance; but whoever does not have, even what he has will be taken away from him " (Matt. 13:12). The first person possesses salvation. The second does not possess salvation but HAS heard the gospel but rejected it, what he has will be taken away.

I believe the deception on in 2 Thess. 2:11-12, is no more than this sin of blaspheming the Spirit of God. The deceptions of the world fueled by Satan caused a rejection that cannot be reversed.

Why would the Holy Spirit inspire Paul to write such things as "...who, knowing the righteous judgment of God, that those who practice such things are deserving of death, not only do the same but also approve of those who practice them"?? (Rom 1:32) Because they were given over by God to do the despicable and abominable. God has given them over to the darkness. They have suppressed the truth they have heard and seen for so long; they have rejected the witness of the Holy Spirit for so long that at some point they cannot be saved.

Those are the ones, if living at the time, that accept the Mark Of the Beast of the world system thereby sealing their doom. Revelation 13

If your loved ones have heard but not rejected, if they are just putting if off by hem-hawing around, there is hope. Share Christ and be sure to point out the events to come. So if they have not accepted Christ at the time of His appearing they will remember what you said and turn to Christ for salvation.