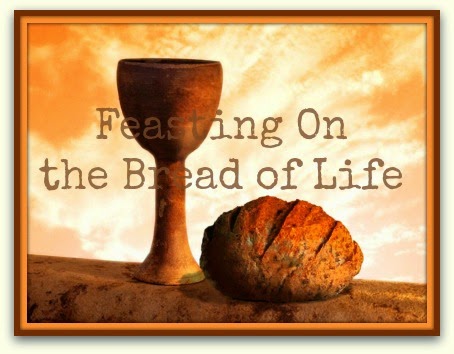 In John six Jesus had taught some pretty tough things that some seemed to have perceived as imperceptible and hard to understand. He spoke in spiritual language (John 6:63) of what it meant to consume His flesh and His blood (referencing the cross and his sacrifice) comparing it to the manna which fed the children of Israel in her wilderness journeys. "As the living Father sent Me, and I live because of the Father, so he who feeds on Me will live because of Me. This is the bread which came down from heaven--not as your fathers ate the manna, and are dead. He who eats this bread will live forever."
John 6:57-58 (NKJV)


The contrast is well taken. The Manna fed Israel for decades every morning but it melted away in the heat of the day. But God in His faithfulness and, as always, true to His promise provided it for them again the next morning. Jesus said the manna they ate was not enough to keep them alive forever but he who would eat the bread of His life would live forever. Many could not understand or perceive a Messiah who would speak such language as that of consuming His flesh, drinking His blood, dying and rising again but not to overthrow the Romans. Because they could not discern the spiritual meanings they walked away and followed Him no more. So He turned to the twelve and He asked, "... Do you also want to go away?" John 6:67b (NKJV

The answer from Peter is classic, "... Lord, to whom shall we go? You have the words of eternal life. Also we have come to believe and know that You are the Christ, the Son of the living God."
John 6:68-69 (NKJV)

Jesus is the only one with the Words of eternal life. I write this because I know Him and He lives in me (Gal. 2:20). This world has no alternative in anything it offers concerning eternal life. I feel doubly blessed because of Christ. In Him I live a life full of His love and abundance--full of love toward my family, my church, and the created world around me. But I also have the assurance that my life will not end when I breathe my last no matter how that day should come. I have assurance that in Christ and Him alone I have life.