September 01, 2011
With the nation of Israel sovereignly being in her land since 1948 a breath of fresh air is beginning to blow heavily over their land. Both Orthodox Jewish and Christian populaces have high hopes that something awesome will soon be occurring! Could the Messiah Jesus be getting ready to appear??

Many believe so, including myself!! The fact that Israel is even in the ancient land after having been overrun by the Roman tides in 70 A.D. is miraculous! What an awesome fulfillment of Bible Prophecy! The Bible states of these latter days:

“Behold, the days are coming,” says the LORD,“
That I will raise to David a Branch of righteousness;
A King shall reign and prosper,
And execute judgment and righteousness in the earth.
In His days Judah will be saved,
And Israel will dwell safely;
Now this is His name by which He will be called:

THE LORD OUR RIGHTEOUSNESS.

“Therefore, behold, the days are coming,” says the LORD, “that they shall no longer say, ‘As the LORD lives who brought up the children of Israel from the land of Egypt,’ but, ‘As the LORD lives who brought up and led the descendants of the house of Israel from the north country and from all the countries where I had driven them.’ And they shall dwell in their own land.” Jeremiah 23:5-8

Excepting the brief time of Independence under the Maccabees and Hasmonaean rulers, 164 - 63 B.C. Israel had never truly had sovereign rule under a sovereign king since the days prior to the Babylonian exile. This timeline of foreign denomination can be traced from 1948 all the way back to King Jehoahaz being carried away captive by Pharaoh Necho of Egypt in 609 B.C., 2 Kings 23:34.1 From the time of Jehoahaz onward, the next three kings of Judah were all under foreign domination or suzerainty.

Even worse for the people, the House of Israel including Judah has never had a Davidic descendant sovereignly ruling upon the throne since Jeconiah the last true ruler of Judah; the Maccabees and Hasmonaean rulers were not descendants of David.2 Therefore, the true right to the throne of Israel has yet to appear on the human scene with rulers scepter in hand. But one day soon ... He will! The author of the book of Hebrews had the following to say concerning Jesus, the Son of David:

“You have put all things in subjection under his feet.”

For in that He put all in subjection under him, He left nothing that is not put under him. But now we do not yet see all things put under him. But we see Jesus, who was made a little lower than the angels, for the suffering of death crowned with glory and honor, that He, by the grace of God, might taste death for everyone. (Heb. 2:8-10)

In the passage we see a declaration of truth that all things are in subjection to Christ, but we also see that there is a “church-shaped space” between the time of the declaration and the time of its fulfillment, "... But now we do not yet see all things put under him." 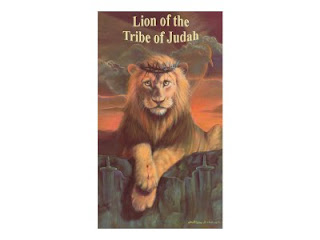 That space of history is nearing its close. The day is coming when the Seed of David, Jesus our Lord, the Lion of the Tribe of Judah, will be ruling in righteousness and what a glorious day it will be!

For more information on this topic and many other exciting ones, pick up a copy of the author’s latest book, "Those Who Are Wise Will Shine! Understanding the Work of God in Your Redemption.”

2 The Maccabees were popular priest-governors; but generations later became unpopular for their arrogance in appropriating the royal office to themselves. The assumption of the royal title by the Maccabees in 129BC establishing themselves as a new dynasty on Israel’s Throne sparked civil war. Most of the general Jewish population were repudiated by the assumption of the royal title by the Maccabees grounding their opposition on the outlook that the Jewish Crown was reserve for the House of David only! The Maccabees themselves attempted to legitimate their position by arguing that the Davidic line was tainted due to the “gentile” status of some of King David’s descendants, that is, the “foreign-wives”, and appealing to their own accomplishments, or as the author of “1 Mac” puts it, “by God’s accomplishments through them”. The purpose of the apocryphal literature of “First Maccabees” was to legitimatize the Maccabee Dynasty; and, the reference to the divine-right of King David’s House in verse 1 Mac 2:57 is doubtless a later addition to the text made by a scribe whose political persuasion was towards the “Davidic Dynasty Tradition”.