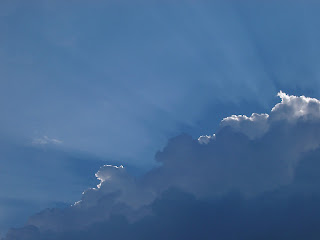 Zephaniah 3:5  (NKJV)
The LORD is righteous in her midst,
He will do no unrighteousness.
Every morning He brings His justice to light;
He never fails,
But the unjust knows no shame.

I have heard the shouts of the multitudes saying “There is no God!” In the revelry of the night we have all been prone to say, “God does not see me—nor does He care.” In the moment of a dark decision we postulate, “Oh well, what will it matter. God will not bring judgment; the 'morrow will be the same as today.” And when the night passes little do we realize we just became one step closer to the door being shut on heaven. Oh how it breaks His heart when to Him we say, “No, I do not have time.” 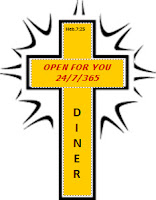 Russian Roulette is a game of chance where a person takes a bullet out of a revolver, leaving one or more chambered, spins the cylinder and places it against his temple pulling the trigger of chance. It is a deadly game that no one will attempt on a regular basis and survive. The God of all creation, the One who “takes delight in the sons of men” (Prov. 8:31), watches patiently every day with mercy hoping that humanity will quit playing that game with their lives. It is true that He will never stop those who desire to live apart from Him from doing so, but He will make Himself known to them. The light is always flashing in His heavenly diner ever entreating us of His invitation to come and dine for His table is never closed (Rev. 3:20).

In the opening passage, Zephaniah holds no punches in his proclamation that God is 100% faithful to be both righteous and just—every morning bringing His justice to light. Everyday men, women, and yes children of age pass into eternity having lived a life of “Shamelessness” before Him. Why must this be? Why must parents teach their children there is no God, which only leads them along a path of destruction dented by their own steps—footsteps for which they will give account? (Rom. 14:12) True love as all should know, is manifested by sacrifice. We sacrifice daily when we put the needs of others ahead of our own. It is exactly what Jesus did on the cross, having stepped into our world that He may be tangibly touched. He is not a God Who is far off. Then without delay, He move straightforward to His goal of defeating death for all mankind. What a sacrificial example He has left for us to follow! He wept then when they rejected Him; even now, He still weeps. Yet in the vast chambers of the culture of darkness shamelessness abounds, while humanity ebbs onward living out its dark days without giving Him the least of thought.

Dear unbeliever, exactly how many times you have allotted to spin that cylinder of chance only God knows. Look into your life—look into the past, how many times has Jesus made Himself known to you? Maybe it was a friend or a church that contacted you? Maybe it was at a parade when you were handed out a tract to tell you about the love of Jesus? Maybe it was at a sporting event or at a wedding, a funeral, or that one person who you worked with that tried to share God’s love with you? For me, there was a Cross shining brightly in the yard of a Church that called me home. I simply pulled over and wept. As long as there is a day, as long as you continue to breathe, there is still time! 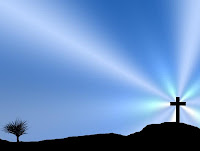 For you, I display this cross—For you, I ask in prayer that it may speak of the depth of God’s love—For you, I hope that its absence of a body speaks volumes about the truth of the resurrection. Christ died for us that we might live for Him. He bids we come to Him just as we are. He never asks us to clean up our lives first, He simply asks us to recognize we cannot. He then says, “Come unto me all you who are heavy laden and I will give you rest” (Matt. 11:28). Are you ready for rest? Can you lay down the revolver and ask Him to give you that rest? He will. He Loves you so much …do not wait another day. YOU CAN BE CLEAN—YOU CAN WEAR THE RIGHTEOUSNESS OF CHRIST, IF ONLY YOU WILL TRUST HIM (John 3:16; 2 Cor. 5:21).

I am praying for you!
God Bless!!!