The Summer is Ending and We are Not saved.. Will that be Your Epitaph? 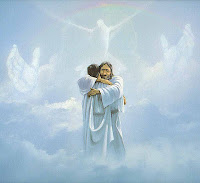 St. Peter stated in the Scripture that right before the Second Coming of Christ there would be mockers who laugh at the Church for thinking the coming of Christ could happen at any time. Did he know something about the Last Days that we are just finding out? Namely, that many false prophets would arise and try to pick a date through very imaginative algorithms and enterprising forms of augury? He wrote for us the following:


Beloved, I now write to you this second epistle (in both of which I stir up your pure minds by way of reminder), that you may be mindful of the words which were spoken before by the holy prophets, and of the commandment of us, the apostles of the Lord and Savior, knowing this first: that scoffers will come in the last days, walking according to their own lusts, and saying, "Where is the promise of His coming? For since the fathers fell asleep, all things continue as they were from the beginning of creation." For this they willfully forget: that by the word of God the heavens were of old, and the earth standing out of water and in the water, by which the world that then existed perished, being flooded with water. But the heavens and the earth which are now preserved by the same word, are reserved for fire until the day of judgment and perdition of ungodly men. But, beloved, do not forget this one thing, that with the Lord one day is as a thousand years, and a thousand years as one day. The Lord is not slack concerning His promise, as some count slackness, but is longsuffering toward us, not willing that any should perish but that all should come to repentance.
2 Peter 3:1-9 (NKJV)

What Peter was simply saying is that mockers and those who ridicule Christians for believing that Christ will someday appear forget two things. The first being the Word of the Lord delivered by Noah came to pass just as God told him it would. He was also mocked and only eight people were saved in the Great Flood (see Gen. 6-9). It is that same Word of God which foretells us of the things that will occur on earth during the final days. His warning then is, be mindful—heed God’s message through the Holy Prophets of the Bible. The second thing he addresses is because so much time has passed, nearly 2000 years since Christ was crucified died, and the victor over death on the third day, we are apt to blow-off the prophetical warnings. I mean, after all, it has been 2000 to 3000 years since the prophets spoke!! Logic says the Scripture just isn’t so. That was one of Peter’s warnings. The passing of time was going to occur and mockers would come because of it. So he goes on to say, But, beloved, do not forget this one thing, that with the Lord one day is as a thousand years, and a thousand years as one day. The Lord is not slack concerning His promise, as some count slackness, but is longsuffering toward us, not willing that any should perish but that all should come to repentance. Peter’s second point then is that God has allowed the passage of time to occur because of His great love for humanity. The longer He puts His coming off the more souls will come into the church. And so it shall be, that when the harvest grows hard, that is when the hearing of the Word of God becomes almost non-existent, He will intervene. When mankind shakes its fist at believers and at God and says, "I don’t believe it you silly fool," then at the time they least expect it—like a thief in the night (1 Thess. 5:2, 2 Pet. 3:10) He will call the Church home to a city full of the homes He has been preparing for us these past 2000 years (see John 14:1-3).

The question on your mind in these Last and Final days before the appearance of the Lord and the vanishing of millions from the face of the earth is, “AM I READY TO MEET THE LORD?” I am not going to tell you how to be Saved or Born-Again, John 3:3, I am simply going to ask that you get a Bible and read the book of John.  Jesus, since the resurrection has been seated at the right-hand of God (Heb. 7:25), just patiently waiting for you to realize you’re a sinner and that you have sinned against Him. YOU CANNOT SAVE YOURSELF. WHAT WILL IT TAKE FOR YOU TO SEE THAT? Tribulation? Fire from heaven? Plagues? Pestilences that are unprecedented? More devastating wars? No, do not wait. It may be too late. Now is the time to turn toward heaven on your knees and in faith ask Him to forgive you and come into your heart (2 Cor. 6:2). Precious seconds are ticking away.

Do not let this passage become your eulogy, "The harvest is past, The summer is ended, And we are not saved!" Jeremiah 8:20 (NKJV)


The king is not saved by his great army; a warrior is not delivered by his great strength. The war horse is a false hope for salvation, and by its great might it cannot rescue. Behold, the eye of the LORD is on those who fear him, on those who hope in his steadfast love, that he may deliver their soul from death and keep them alive in famine. Our soul waits for the LORD; he is our help and our shield. For our heart is glad in him, because we trust in his holy name. Let your steadfast love, O LORD, be upon us, even as we hope in you. Psalm 33:16-22 (ESV)