The Lamb and the Lion Pt.2 –When Christ Will Rule Completely 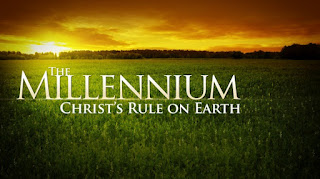 To some the subject of the title may sound contradictory, ambiguous or even, blasphemous. To say Christ will rule completely sounds like Christ is not ruling now. Is that true? The scripture is clear that all authority in heaven and on earth belongs to Christ (Mt. 28: 18b), but it is equally clear that not all things are yet put under Him. Hebrews 2:8 states, “…YOU HAVE PUT ALL THINGS IN SUBJECTION UNDER HIS FEET." For in that He put all in subjection under him, He left nothing that is not put under him. But now we do not yet see all things put under him.

So what exactly did Jesus mean when He said, "…All authority has been given to Me in heaven and on earth?” (Mt 28:18b (NKJV)

In light of Hebrews 2:8 above, we see that Jesus was given all authority by the Father. And to be sure, in His own words He did say it was indeed given to Him. The word “All” would include all authority over all things to include things in Heaven and earth, His apostles, His disciples, all people and all nations. But what we do not see in those texts is when it would be completely meted out, that is when He would exercise His right to full authority. This has always been an enigma. Because if Christ were “Just and Righteous” as Isaiah 11:5 says He is, then it would seem that any injustice under His authority would never see the light of day; rather all evil would be put down and eradicated. It is this opinion that propels the unbiblical worldview that so many use as an excuse to refuse salvation—“God is not real or He would not have let my friend, mother, father or sibling die such a horrible death” or “There cannot be a God because there is too much suffering in this world.”

The truth is, Christ does have “all authority” over all things. But because humanity sinned in the Garden and exchanged their God instilled—God given holiness to Satan for a piece of fruit, they willingly subjected themselves to futility and suffering. The story goes like this,

“And the LORD God commanded the man, saying, "Of every tree of the garden you may freely eat; but of the tree of the knowledge of good and evil you shall not eat, for in the day that you eat of it you shall surely die." Gen 2:16, 17

Adam was told not to eat of the fruit or the end would be death. He and his wife sinned through the deception of false promises spewed out by Satan who had already sinned and fallen from heaven himself. That one act of disobedience proved that mankind, if left to themselves, will indeed sin, Rom. 3:23. We gave our right to a free utopian existence in a paradise on earth 6000 years ago. Today we still suffer the consequences of death and decay. Indeed it is the same people who use the existence of suffering as an excuse to reject the Savior, that themselves live a life of sin. They are proof that we are a cursed lot, all of us. But God in His grace has opened the way into heaven and to an existence where suffering will be no more through His Son who became a curse for us on the cross. The Scripture is clear so we must let it speak, Christ has redeemed us from the curse of the law, having become a curse for us (for it is written, "CURSED IS EVERYONE WHO HANGS ON A TREE"), Gal 3:13. Having then been redeemed through faith in Christ I like Abraham continue to look for a city whose builder an maker is God—one where sin no longer reigns in death. When Christ chooses to end the curse that is the cause of all suffering then and only then will suffering cease. He has the authority to do so now, but would that be fair? Would it be “Just” to end suffering for us now when all of our ancestors were not afforded the blessing?

The Time is Coming When Suffering Will Cease 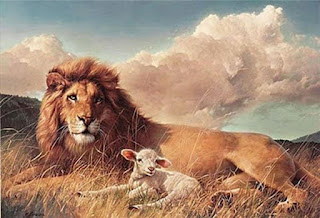 As we have seen, through the death of Christ on the cross and His subsequent resurrection we have the option to have the curse reversed. But it is only through a relationship with Christ that it is available. And even then it will not be fully realized until He calls us home to the place He has prepared for us. The Scripture is again clear that all who are alive and have placed their hope in Christ at the time He comes with the clouds will be raptured, taken up (1 Thess. 4:13-18), into heaven to be with Him for eternity. This means where He is so will we be! It will also be a time of great reunion as we meet with all saints who have gone on before us passing from death unto life.

But that's not all! The Scripture also teaches that Christ will one day return to earth to rule and to reign during the Millennial Kingdom, Rev. 20:1-6, then we will return with Him, Jude 14, Zech 14:4, 5. It is that day that Isaiah had envisioned in chapter eleven: 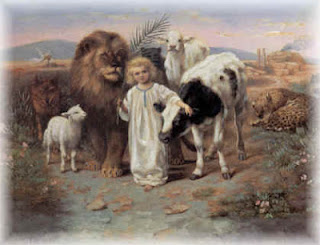 6 "The wolf also shall dwell with the lamb, The leopard shall lie down with the young goat, The calf and the young lion and the fatling together; And a little child shall lead them.
7 The cow and the bear shall graze; Their young ones shall lie down together; And the lion shall eat straw like the ox.
8 The nursing child shall play by the cobra's hole, And the weaned child shall put his hand in the viper's den.
9 They shall not hurt nor destroy in all My holy mountain, For the earth shall be full of the knowledge of the LORD As the waters cover the sea. Isaiah 11:6-9 (NKJV)

Obviously there will be a period of cleansing on the earth before Christ officially takes the throne on earth. But it will be when the throne is occupied that the promises in Isaiah will come to pass.

As the author of Hebrews stated, “…YOU HAVE PUT ALL THINGS IN SUBJECTION UNDER HIS FEET." For in that He put all in subjection under him, He left nothing that is not put under him. But now we do not yet see all things put under him. But one day we will and He will completely!!

What a glorious day that will be!

Stayed tuned for Pt.3, “The King Rules—War Ceases-Inequality is Erased