When the Christian Lifestyle Offends


All of us have heard the judgmental scuttle from others about how “This Christian wears this” or “That Christian does that” or “Who do they think they are anyway?” The sad thing is sometimes those whispering or back-biting can be fairly correct while at others times they can be dead wrong.

Recently a blessed Brother in Christ of mine drove down from Canada to have a “Laying on of Hands” service by our church for his send-off into ministry. He spoke on the following verse: 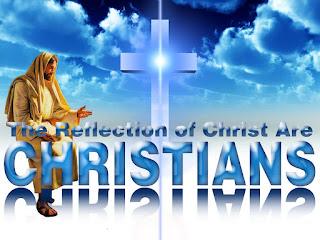 You are our epistle written in our hearts, known and read by all men; clearly you are an epistle of Christ, ministered by us, written not with ink but by the Spirit of the living God, not on tablets of stone but on tablets of flesh, that is, of the heart. 2 Corinthians 3:2-3 (NKJV)

Well, Today I was struck by some conversations going back and forth and I realized the truth of that verse was playing out in these discussions. As a matter of fact the offended party was in tears. Later I spoke with her and reassured her that there was something more than what was being said that caused the rash judgments that induced the hurt. We prayed and a little later they spoke again and things were brought out into the open.

What we Know
Both parties were Christian but had distinctively different views of sanctification. One party, the offenders, believed it was ok for Christians to dress somewhat risqué and to enjoy secular radio, television, movies and even partake in alcohol and so they lived in that manner. For some of you, that may be where you stand. However, the offended party believed that modesty—not extreme in any sense of the word, was a good way to teach her daughters in how a woman should present herself before God. She also practiced listening to Christian music—mostly contemporary—she quit drinking long, long ago to be a better witness for Christ and did not get any thrill out of most PG-13 and above secular films and music. Again, she sought to glorify God in her behavior and teach her children the same.

What we Think
In reading this you might think, “How could that type of a lifestyle be offensive?” I am glad you asked. It’s simple. The same way it is offensive to an unbeliever. God’s desire for all believers is to draw closer to Him, James 4:8. He desires that we place Him at the number one spot in our heart, Col. 1:18. He is to be preeminent. He also desires that we guard our hearts, Phil. 4:4-8, Prov. 4:23. He desires our actions be those that bring glory to Him and not out of selfish ambition or conceit, Phil. 2:3. He also desires that our lives do not bring an offense to Him, Acts 24:16. The problem in question arose when these values came into stark contrast to the values of two others who lived more on the worldly side. They became offended because their so-called Christian lives did not match hers.

The Value in Offense
In Galatians 5:11 the Apostle speaks of “The offense of the Cross.” He makes this statement in connection with how the Jewish people with their Law and Ritual were often offended by the actions of believers. In this case ultra-legalism opposed Grace, whereas, in our story devotion to God opposed extreme liberality. But in either case “The Offense of the Cross” came into play. There is a value in the “offense of the Cross” in that it is meant to expose inconsistencies in the life of a believer or an unbeliever—or in this case an extremely liberal believer, with the life that is Christ pleasing. This offense will bring tension as it often did in the life of Christ, even bringing Him to the pinnacle of offense, the cross. But in the cross we see something beautiful that happened. Christ substituted His righteous life for our sinful one. That is grace and sacrifice to the fullest extent and it pleased God.

If you are offended by the life of another believer then maybe you should practice “asking” before you judge. That is, ask yourself, would my lifestyle (the Epistle that others Read about who I am) be pleasing and acceptable to God if He were to walk immediately into a room where I was acting out my belief? Would my life glorify Him or glorify the world and self? If the latter, consider spending time in God's Word, prayer and just being quiet with Him. Allow Him to do the work in you He desires to bring to fruition. Allow Him to make you into the person He lovingly created you to be. I believe if we would do these things and judge ourselves first in the light of the Gospel of Christ there would be a lot more change and transformation in lives via the Spirit of God and a lot less hurt toward others, 1 Cor. 11:31.