God and The Tragedy at Sandy Hook 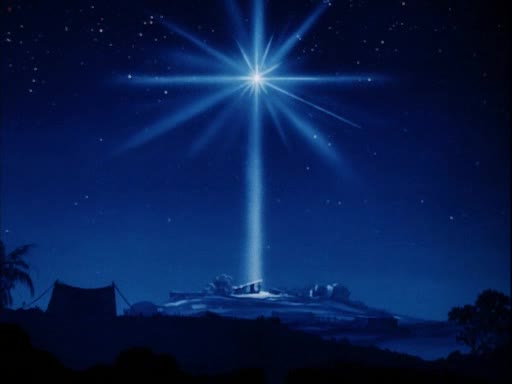 From the Associated Press we read:

"In tight-knit Newtown on Friday night, hundreds of people packed St. Rose of Lima church and stood outside in a vigil for the 28 dead - 20 children and six adults at the school, the gunman's mother at home, and the gunman himself, who committed suicide. People held hands, lit candles and sang "Silent Night."”*

All over the web today in the weeks to come stories, opinions, and blogs like this are going to appear with every twist imaginable as the country unwinds from a tragedy that is clearly one of the most horrific that has ever occurred outside of war in America. It is not my desire to try and answer questions at the moment, not knowing the fine details of who this Adam Lanza was and his mental capacity. I just know that on Friday Dec. 14th, 2012 20 innocent children and 6 innocent adults were alive and looking forward to the joy and the love that swells amongst family and friends during the Christmas season are now dead. It’s tough, it’s hard and it’s frustrating. But as I read that last line from the paragraph above I was touched inside by something deeper than all my questions—they sang "Silent Night." As I pondered this I realized that on Dec. 14th, 2012 evil had again invaded our world ever so convincingly trying its best to teach us that all hope is lost. But as this spiritual thought flickered in my mind I became aware of a sublime paradox—something very similar to this had also occurred long ago. But at that time it was not evil that invaded the world but righteousness and goodness and truth—all that triumphs over darkness.

2000 years ago on a special Silent Night darkness was invaded by light. In Bethlehem Israel there were Shepherds keeping watch on the temple sheep outside the city doing what they do night after night making sure the sacrificial lambs would be ready for the next day’s services in Jerusalem. As morning dawned one or more special shepherds would be dispatched from Bethlehem to provide a morning sacrifice. But this one particular night was different. In the midst of the darkness—in the still of the Silent Night a light suddenly appeared before and above them shining so brightly that the darkness had to flee and the night became as the day with the sun shining in the fullness of its strength. The shepherds quaked with fright as the darkness turned to light and Angels began to sing the First Noel from the Realms of Glory—Christ was born in Bethlehem. On that special night when darkness ruled, the light of God invaded the terrestrial landscape and evil trembled at its presence. The shepherds heard the angelic announcement, "…"Do not be afraid, for behold, I bring you good tidings of great joy which will be to all people. For there is born to you this day in the city of David a Savior, who is Christ the Lord. And this will be the sign to you: You will find a Babe wrapped in swaddling cloths, lying in a manger." And suddenly there was with the angel a multitude of the heavenly host praising God and saying: "Glory to God in the highest, And on earth peace, goodwill toward men!" -Luke 2:10b-14 (NKJV)

The paradox is apparent. At Sandy Hook elementary an egregious, unimaginable and horrific tragedy occurred. Evil made the shroud of darkness in which it lives come to light through a ruthless act of violence stealing, killing, and destroying life and lives of others. But in Bethlehem the darkness that was the night had to flee for the Lamb of God—the Babe, the Christ child was born. God’s message to the shepherds was an announcement for us all—when the light of Christ shines the darkness will flee. As the Babe grew into maturity the darkness continued to tremble, For the evil that plagues this world was personified by the spiritual forces that promote it. When Jesus confronted them all they could say was, “… "Let us alone! What have we to do with You, Jesus of Nazareth? Did You come to destroy us? I know who You are--the Holy One of God!" -Luke 4:34 (NKJV) Again the evil that “is” trembled at His presence. A little later they tried their best to destroy Him on the cruel cross. But God took what to mankind is evil and turned it into good. For 3 days later the Babe from Bethlehem, the subject of the angelic announcement to the world, arose from the death that evil always spawns.

Since that time evil has done its best to destroy God’s creation but the angelic announcement to the world is that the light of Christ always pierces the darkness, John 1:19-20. At Sandy Hook evil had its day, but what came to light was just how evil that evil really is. In its wake is a path of pain, loss, despair and destruction. How can we cope? All of us need to remember that Silent Night—the night that God did something that we can all hope in. He became a Man like us that He may destroy the works of darkness—something that we cannot do on our own, so He did it for us.

This Christmas season amidst all the despair that is in this world let us sing along with the candlelight vigil at St. Lima of the “Silent Night” that shook the world.

To all the Parents, families, and friends of those lost in this terrible event our prayers are with you. Your loss is our loss and your pain is our pain; we hurt with you and for you. Although we are not bodily present we will never forget what happened. But alongside of that we will also never forget the life that was given for us so long ago, that was also a victim of the cruelty and injustice of mankind. Just as Jesus was victor over it then so He will be victor over this as well. One day the ashes will turn to beauty. Oh how we long for it to be today.