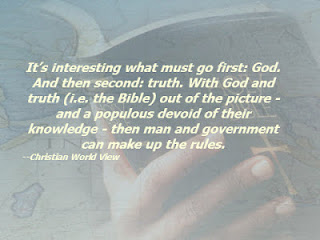 In a few months, Lord willing, I will be releasing a new book tentatively entitled, Hated, Living the Gospel in a World that Hates You! I am very excited about it. As society has become more and more hardened against the Lord those who are His lights shining in the world will suffer more and more of the brunt of the attacks of darkness. In the book, I hope to share some of my most painful experiences and joys and how the Lord brought me through them in the most mighty of ways. So for the next several posts, I will be giving glimpses of the content in order to help believers to understand the importance of standing firm in these last days before the Blessed Hope and Glorious Appearing of our Lord Jesus Christ. Having been a pastor for over thirty years and having experienced a share of the vitriol that is spewed forth from the mouths of the non-believing crowds I feel I can write on the subject with a veracity that parallels the descriptive Biblical foretelling of the persecution that standing for Christ would incur. At the heart of it all, is a general disgust for the Words of Christ and the Light of Christ, therefore Theological Unfriendliness is a great way to characterize the stance of the unbelieving world.

To begin, there are two great questions we should ponder:

2) In the same vein, the non-believing would do well to consider Jesus' words in Mark 8:37, "Or what will a man give in exchange for his soul?" Jesus' question is directed toward all who hold to the pleasures and idols of life as being more important than the eternal heavenly life available to Him. It is the stranglehold that these place on a life that can choke out the Words of Christ and harden one to the call of the Spirit of God.

For the most part the world is selling its soul for a pot of soup. They want the soup but not the maker of the the soup. Mockery, Jealousy, Unbelief, Hatred, and Pride are at the heart of all motive for attacking anyone who would stand up for Jesus in these last days.

Mockery, because they know they cannot win any intellectual or spiritual battle against Christ. They mock in order to garner worldly approval as a way of gain (2 Peter 3:3).

Jealousy, because they want the world to follow their sinful licentious agenda which always ends up with trouble and broken lives (1 Pet. 4:4). They hate the fact that their sinfulness is an abomination to God and Christians. Sin never wins out in the end. The only way it can is to destroy Christianity. Therefore, while belief and obedience to Jesus Christ exists it remains solidly in the loser column.

Unbelief, because they refuse to submit to the Lord choosing rather to live in darkness ( John 3:19-20). But the light of Christ exposes the darkness so they live to snuff it out.

Hatred, because they hate the thought of bowing or submitting to (agreeing with) anyone who does not share their opinion (Psalms 81:15, John 14:15). Therefore they lash out.

Mockery Amuck in Hollywood
One among many of the latest and upcoming mockeries the world will unleash against believers in the Second Coming of Christ, Acts 1:10-11, and Pre-millennialists in particular is the film Rapture Palooza. Click the link for details.  This film is a spoof and mockery on the belief in the second coming of Christ. Again, it mocks because it cannot defeat.

Lets see if the makers have fulfilled the Seven Deadly Sins:

These six things the LORD hates, Yes, seven are an abomination to Him: A proud look, A lying tongue, Hands that shed innocent blood, A heart that devises wicked plans, Feet that are swift in running to evil, A false witness who speaks lies, And one who sows discord among brethren. Proverbs 6:16-19 (NKJV)

1) A proud look - Bingo
2) A lying tongue - Yep
3) Hands that shed innocent blood - They will be guilty of leading many astray, even the innocent. They are workers of iniquity that care not who dies because of their lies.
4) A heart that devises wicked plans - Got it
5) Feet that are swift in running to evil - Bullseye
6) A false witness who speaks lies - Uh... yaaa!
7) One who sows discord among the brethren - Again, this will cause some infighting in churches and add bricks to the wimpy, weak-kneed, theologically inept pastor/teacher who will not speak on eschatology

I give this film a 0 out of 7 for theological friendliness.

If you are wondering the fallout such a film will have on the general public, be assured that Jesus is still in control. If there were only one person left on earth that was in an inquiring state concerning faith in God, the Lord would empty heaven to put a Phillip into his/her path (Acts 8:26-39).

But here lies the irony within the ranks of those spewing venom against the servant church: The true bond-servants of Christ are servants by nature, because Christ lives His servant life through us. The non-believers will gladly accept our, in the name of Jesus, servant actions that provide them meat in due season, fuel for the car, rent, and utility assistance, but unfortunately many of these turn in a minute to join any group that will protest our conservative narrow-way message of the gospel of Christ. This is because they desire to cling to their old life which is the main factor for their disheveled life in the first place.

Being hated because of our faith places us in the Company of Christ. Jesus prayed the following to the Father just hours before He was arrested:

Brothers and sisters, the world will love its own, but we are not of the world. Being hated for Jesus is a badge of honor. Wear it proudly and continue to fight the good fight of faith. Plant seeds and watch them grow!