Is God Casting His Vote Early? 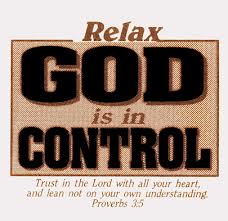 Many believe God is casting His vote early considering the upcoming rare collision of a Nor'easter and hurricane Sandy with its 11 foot storm surge quickly approaching the Eastern and Northeastern coasts of America. The issue is a divided one as to whether God uses natural disasters as a wake up call or whether they are just a mere coincidence. Personally I do not believe in coincidence. The Scripture is clear that the Lord is aware of all events before they occur. Consider the following passages: (Hover over them with your mouse to read)

God knows about the events that befall humanity. The question centers around His allowance of such things to occur. The Scriptural doctrine of Sanctification teaches in a nutshell that God is at work in the lives of all true believers to mold and shape them into what He has ordained and created them to be. When we take the first step toward receiving Jesus as Lord and Savior, John 1:12-13, we invite Him to take charge of our lives. Our simple agreement with Him that we are sinners in need of forgiveness and a relationship with God allows this work of His, John 6:29; Eph. 2:10, to progress. Our obedience to His callings and our submission to His daily directions for us are part and parcel our response to the sanctification (shaping) process 1 Thess. 4:3-4; 1 Cor. 1:30. Sometimes God uses trials as part of the shaping process and they could come in the form of situations of high-stress that are simply out of our hands such as a natural disaster. The worldly opinions would refer to these as "Acts of God" although atheists would rather not use the term. During these times God calls on all Christians everywhere to look to Him for help. This does not mean to reject taking necessary safety precautions, those things are in our control, but the things out of our control require us to look to Jesus. The Apostle Peter spoke in terms of examples when he reflected on the destruction of the cities of Sodom and Gomorrah in the following way

2nd Peter 2: 4-9 states;
4 For if God did not spare the angels who sinned, but cast them down to hell and delivered them into chains of darkness, to be reserved for judgment;
5 and did not spare the ancient world, but saved Noah, one of eight people, a preacher of righteousness, bringing in the flood on the world of the ungodly;
6 and turning the cities of  Sodom and Gomorrah into ashes, condemned them to destruction, making them an example to those who afterward would live ungodly;
7 and  delivered righteous Lot, who was oppressed by the filthy conduct of the wicked Gen 13:13; Gen 19:9; Gen 19:12; Luke 17:29;
8 (for that righteous man, dwelling among them,  tormented his righteous soul from day to day by seeing and hearing their lawless deeds)– Ezek 9:4; Acts 17:16;
9 then the Lord knows how to deliver the godly out of temptations and to reserve the unjust under punishment for the day of judgment

The passage covers both the issue of judgment on sin and deliverance from temptations. On the one hand judgment is an inevitable part of the future for those who live a life of continual sin apart from God, Heb. 9:27; 2 Cor. 5:10, Rom. 14:10, but on the other, sometimes it comes in the present time in the form of God trying to get our attention. We just do not know how nor can we project when it will occur--nor should we; that is in Gods hands. The other issue is temptation. Temptation always presents us with the opportunity to either believe that God will be with us, no matter the end result, or to fall into it and disbelieve which always results in a life of fear. God desires we trust Him no matter what comes our way. The best way to do this is to understand that He knows the end from the beginning.

So as the storm in the north east approaches pray and ask God to give you direction on what to do; then listen to Him and follow through. He knows what is best for His children.

With the elections fast approaching and the altar of ungodliness being exalted by the current administration at 1600 Pennsylvania Avenue it easy to see why some believe God is casting His vote early!

The Bernie Lutchman Blog said…
When the ungodly leaders of Israel did what America's leaders do, the people suffered. This is a very well written and researched piece with the foundational Scriptures to support it. God bless you brother Mike! God's men must stand up for righteousness or fall for a lie.
October 29, 2012 at 8:37 PM