Evangelism – euaggelion - εὐαγγέλιον
Surely one of the chief purposes of the Church is to carry out the non-optional task of sharing the good news of Christ’s birth, death, resurrection, and ministry of intercession, Mt. 28:18-20; Heb. 7:25, with a world lost in blindness. The word evangelize comes from the Greek noun, euaggelion, which means literally, good or glad tidings or even good news. We know it as the word gospel in the New Testament. The Greek verb euaggelizo, means to announce or bring good news, or to preach the gospel—the glad tidings. In Luke’s gospel from the Lord, consider how the Greek words are translated in the following verses (I have underscored the word):

Luke 2:10 “Then the angel said to them, "Do not be afraid, for behold, I bring you good tidings of great joy which will be to all people.”

Luke 4:18a “THE SPIRIT OF THE LORD IS UPON ME, BECAUSE HE HAS ANOINTED ME TO PREACH THE GOSPEL TO THE POOR;”

Luke 4:43 “but He said to them, “I must preach the kingdom of God to the other cities also, because for this purpose I have been sent.” “ 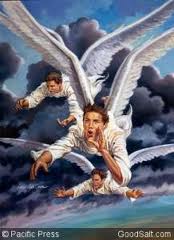 Luke 8:1 “Now it came to pass, afterward, that He went through every city and village, preaching and bringing the glad tidings of the kingdom of God. And the twelve were with Him,”

The word euaggelion is akin to the word angelos ἄγγελος
In this usage we see the compound usage eu – anggelion. Angelos literally means messenger or angel. The one who shares, teaches, or preaches the gospel is akin to the angelic messengers who exist as servants and messengers of the Lord. The importance of evangelism cannot be underscored enough. Without the preaching of the gospel how can a man know the truth?

Those who evangelize not only do a work in similitude to that of angels but also the Trinity of God
The prophet Isaiah is quick to tell us that God’s good news or message to the Jewish exiles in Babylon was that they would soon be set free, Is. 51:22-23. No longer would they be subservient to foreign rulers but God would bring them home. To do so God would raise up Cyrus the Persian king as an unbelieving servant (Is. 45:4) pliable in the hands of God, Is. 44:28 It would be Cyrus that would give the decree for Ezra and Zerubbabel to rebuild the temple that had been left in complete desolation after the Nebuchadnezzar’s armies of Babylon had subdued and ransacked Jerusalem carrying the final vestige of prisoners as captives in 586 B.C. Later King Artaxerxes would allow the rebuilding of the wall around the city via Nehemiah his personal Jewish cup-bearer. Of this “release of God,” this harbinger to earthly salvation, Isaiah cries out, “How beautiful upon the mountains are the feet of him who brings good news, who publishes peace, who brings good news of happiness, who publishes salvation, who says to Zion, “Your God reigns,” Isaiah 52:7 (ESV) The Bible toting believer would immediately recognize this decree from the Father as the same declared as characterizing those from the church who take the blessed glad tidings to those who are lost and dying—without hope in this world, cf. Rom. 10:15. It is the Spirit who convicts, the Son who saves and the Father who approves, commissions, and oversees the work.

Suffice it to say that evangelism is the mortar that sets the living stones, 1 Pet. 2:5, in sync in the building up of God’s holy temple. 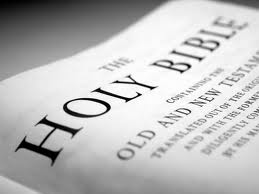 Because of this most important task it must not and should not ever be bypassed. Churches that refuse to evangelize are churches plagued by erosion. The living stones will soon fall apart one-by-one as the mortar of evangelism crumbles away without its necessary sustaining maintenance. Never ever leave this task behind. God calls you to share your faith and it is through the sharing and caring of the glad tidings that Christ’s love becomes apparent within the church and the lost are brought to the feet of Christ. It is then that the Church begins to flourish.