The Sacrifice of Remembrance 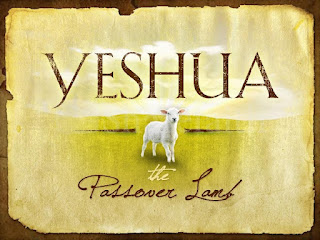 The following excerpt is taken from my recent book “Those Who Are Wise Will Shine! Understanding the Work of God in Your Redemption.


By faith Abel offered to God a more excellent sacrifice than Cain, through which he obtained witness that he was righteous, God testifying of his gifts; and through it he being dead still speaks.
Hebrews 11:4

But you have come to Mount Zion and to the city of the living God, the heavenly Jerusalem, to an innumerable company of angels, to the general assembly and church of the firstborn who are registered in heaven, to God the Judge of all, to the spirits of just men made perfect, to Jesus the Mediator of the new covenant, and to the blood of sprinkling that speaks better things than that of Abel.
Hebrews 12:22-24

Certainly, and from the beginning, it was in God’s plan for humanity to remember His unfathomable love, His protection from evil, and His never failing mercy. God’s work in Redemption existed in Eden and it is the heart of the gospel message. Redemption has always been available for humanity. With that in mind, for just a moment, let us think of the final week of the life of Christ before He was crucified. On the night before His mock trial and crucifixion, Jesus gathers the disciples together into an upper room where they sit down Him to partake of their Last Supper with Him. We can recall it from the Gospel that came down to us from Luke:

When the hour had come, He sat down, and the twelve apostles with Him. Then He said to them, “With fervent desire I have desired to eat this Passover with you before I suffer; for I say to you, I will no longer eat of it until it is fulfilled in the kingdom of God.” Then He took the cup, and gave thanks, and said, “Take this and divide it among yourselves; for I say to you, I will not drink of the fruit of the vine until the kingdom of God comes.” And He took bread, gave thanks and broke it, and gave it to them, saying, “This is My body which is given for you; do this in remembrance of Me.” Likewise He also took the cup after supper, saying, “This cup is the new covenant in My blood, which is shed for you. (Luke 22:14-20)

In verse 19 Jesus says, “This is My body which is given for you; do this in remembrance of Me.” The following day Jesus’ body hung lifeless on the cross. 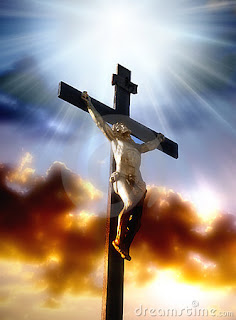 This special night then, would be the Last Supper He would share with His Apostles… the last night He would share with them before He was crucified. Years later, the apostle Paul would recount the meaning of the event in post-crucifixion-resurrection terminology the following way, “For as often as you eat this bread and drink this cup, you proclaim the Lord’s death till He comes” (1 Cor. 11:26). What happened on the Cross several millennia after Abel’s offering, was received by God as the final fulfillment of what Abel’s offering had symbolized, a Sacrifice of Remembrance—a memorial to God’s first act of mercy shown his parents in Eden and the temporary covering of the sin of humanity. In Abel’s case, it was the first of many literal sacrifices for centuries to come to place in remembrance God’s infinite mercy and the future hope it inspired. With Jesus, it was a sacrifice that need only be enacted one time… on the cross. We remember and gratefully acknowledge that sacrifice, as often as we will, at the Lord’s Table by partaking of the bread, Christ’s body, and wine, Christ’s blood.

In both cases, we have an innocent life substituted for a sinful one. Abel’s sacrifice remembered the past, yet placed hope for the future. Christ our Lord, God in the flesh, born of a virgin to identify with man, completed what Abel could only hope symbolize. In Christ, we have the last and final sacrifice. Both sacrifices proclaimed a remembrance of death. God performed the first in the garden… He performed the final one on a cross. Truly, as the author of Hebrews mused, it “…speaks better things than that of Abel (Heb.12:24b). I will always call it the Sacrifice of Remembrance.