Why Must Christians be Different ...or Should They?

June 22, 2011
The answer to this should be a given …of course they should? Is a football player known for throwing a basketball down field? Is a golfer known for putting a baseball? When you order a pizza do you expect the plumber to show up? As absurd as those examples may be, they illustrate that people are different. Why shouldn’t Christians be different as well?


In 1 Corinthians Paul wrote the following:

26 For consider your calling, brothers: not many of you were wise according to worldly standards, not many were powerful, not many were of noble birth.
27 But God chose what is foolish in the world to shame the wise; God chose what is weak in the world to shame the strong;
28 God chose what is low and despised in the world, even things that are not, to bring to nothing things that are,
29 so that no human being might boast in the presence of God.
30 And because of him you are in Christ Jesus, who became to us wisdom from God, righteousness and sanctification and redemption,
31 so that, as it is written, “Let the one who boasts, boast in the Lord.” 1 Corinthians 1:26-31 (ESV)


In this awesome passage Paul endeavors to explain that there are differences in the way the world judges people and they way God judges them. In Paul’s day, the people who were held in high regard were those who were said to be wise such as Socrates or his student, Plato; Pythagoras, Heraclitus, Parmenides, Xenophon and many others. The school of thought was that if one followed the great worldly scholars that one must be wise. So people would gather in schools and cliques and they would exalt themselves based upon who they followed. The same thing was beginning to infiltrate the early church in Greece. Early Christians began to emulate the world by proudly dividing themselves under the teachings of Cephas, Apollos, Paul, and Jesus. Paul’s word to them was simple, “Is Christ divided?” (1 Cor. 1:13) The answer of course, was No, He is not, and He was never meant to be so. The pertinent point was all these teach the same thing that Salvation alone is in Christ. But the larger point is that we, as Christians, were never, ever, meant to emulate the world. 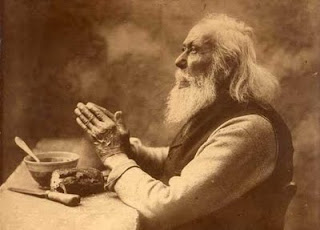 How can one know that there is hope in Christ, if the example they see is a so-called-Christian, who lives no differently than they? How can one hope to find eternal life through the example of one who lives defeated? How can Christ be shown to be the Power behind all that we do if we practice the same things and behave the same way as those in the world? Yes we are to be all things to all men in the hopes of saving some but we are only called to be in the world not of the world.


The words Holy, Sanctified, Glorified, Regenerated, Born-Again, Justified, Righteous, and Servant are not terms the world is very familiar with. Yet they are the terms used to describe the true believer whose heart is set on serving their Lord and Savior Jesus Christ. It was the Lord in His sovereign wisdom that chose, according to worldly wisdom, the unwise, the not-so-powerful, the less noble, and the weak and lowly, to be the bearers of His message of Grace. Yes, that is how the world views the true believer …somewhat less of a person and crazed at that. If that is not how you are viewed by the lost then possibly, you are not living as Christ lived. Are you serving your fellow man? Are you humbling yourself in front of others by doing the job that others shun? Do you spout out the word's of Jesus in your conversation, giving others the impression that you are a Christian? Is there anything publicly in your life that lets others know you are a believer? If you answered in the negative, do you realize that you will one day stand before the Lord in judgment for the things you either did or did not do in His will? Paul specifically tells us to take care concerning how we build upon the foundation of Christ:
10 According to the grace of God given to me, like a skilled master builder I laid a foundation, and someone else is building upon it. Let each one take care how he builds upon it.
11 For no one can lay a foundation other than that which is laid, which is Jesus Christ.
12 Now if anyone builds on the foundation with gold, silver, precious stones, wood, hay, straw—
13 each one’s work will become manifest, for the Day will disclose it, because it will be revealed by fire, and the fire will test what sort of work each one has done.
14 If the work that anyone has built on the foundation survives, he will receive a reward.
15 If anyone’s work is burned up, he will suffer loss, though he himself will be saved, but only as through fire. 1 Corinthians 3:10-15 (ESV) 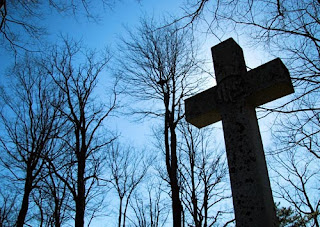 Being different from the world, in the way of Christ, is what the Father calls us to be, because that type of life declares to the world, not our holiness, but His. It gives to the world a message, even if they care not to hear, that God is righteous and that he hates sin. It is the life that endeavors to glorify God by emulating and being the fragrance of Christ that the Psalmist spoke of when he wrote:
1 Blessed is the man who walks not in the counsel of the wicked, nor stands in the way of sinners, nor sits in the seat of scoffers;
2 but his delight is in the law of the LORD, and on his law he meditates day and night.
3 He is like a tree planted by streams of water that yields its fruit in its season, and its leaf does not wither. In all that he does, he prospers.
4 The wicked are not so, but are like chaff that the wind drives away.
5 Therefore the wicked will not stand in the judgment, nor sinners in the congregation of the righteous;
6 for the LORD knows the way of the righteous, but the way of the wicked will perish. Psalm 1:1-6 (ESV)


If that life does not describe you, then will you not pray to the Lord for His forgiveness, grace, power, and wisdom today? Why not right now? He loves you and He is waiting to give you a new life, His life, the one He created you to live.